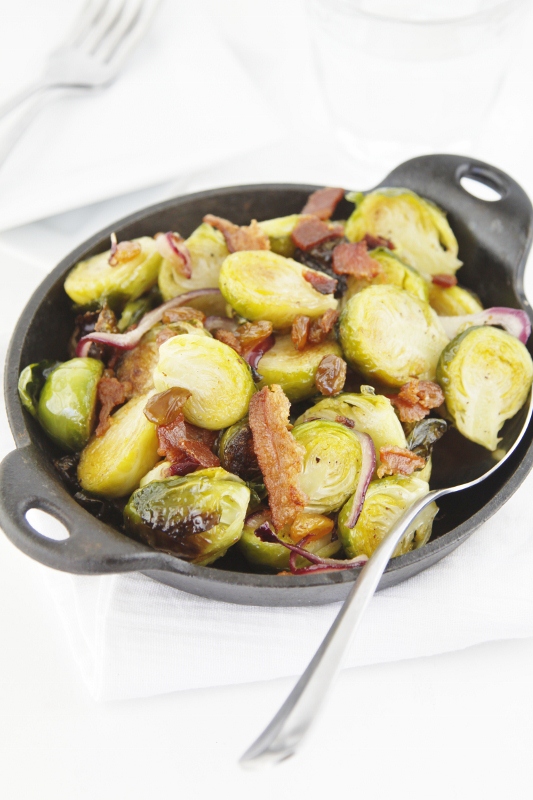 If you’ve ever met someone who says they don’t like brussels sprouts chances are they’ve only ever had them boiled to death. Yuck. I wouldn’t eat those either. Roasting or sautéing is the way to go. Adding bacon well that’s just a given. We all know bacon makes everything better. It’s true. Yes even with chocolate. I’m crazy like that. 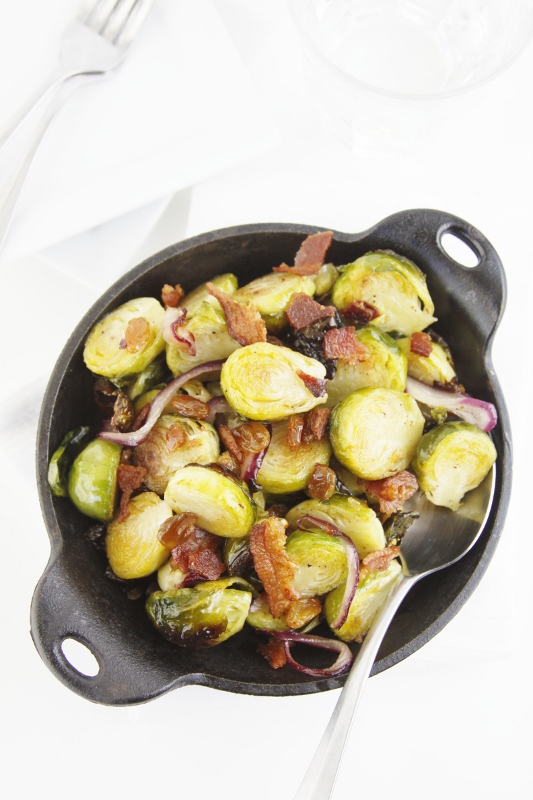 After a quick trim, these brussels are tossed with liquid gold, seasoned with salt and pepper and then are popped into the oven for a little roasting party. If you wanted a basic recipe for brussels sprouts that’s it. It’s fantastic that way but today basic isn’t what I’m going for. We’re taking things up a notch.  With bacon and raisins.

I happen to be an ambassador for California Raisins (I actually met THE California Raisin be jealous, very jealous) which means I happen to have a supply of raisins at my disposal. What did I do with them? I got them tipsy. I plumped them up with a little wine. 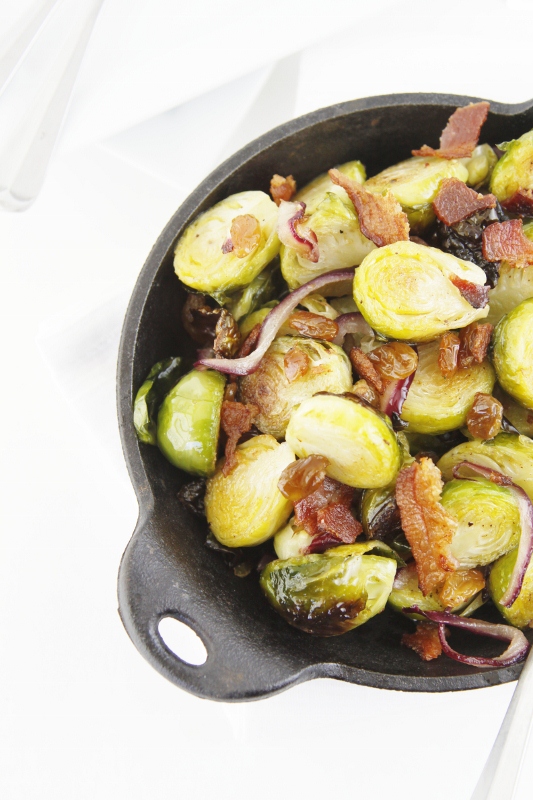 Disclaimer: I am an ambassador for California Raisins. Opinions are my own. Always have been. Always will be.