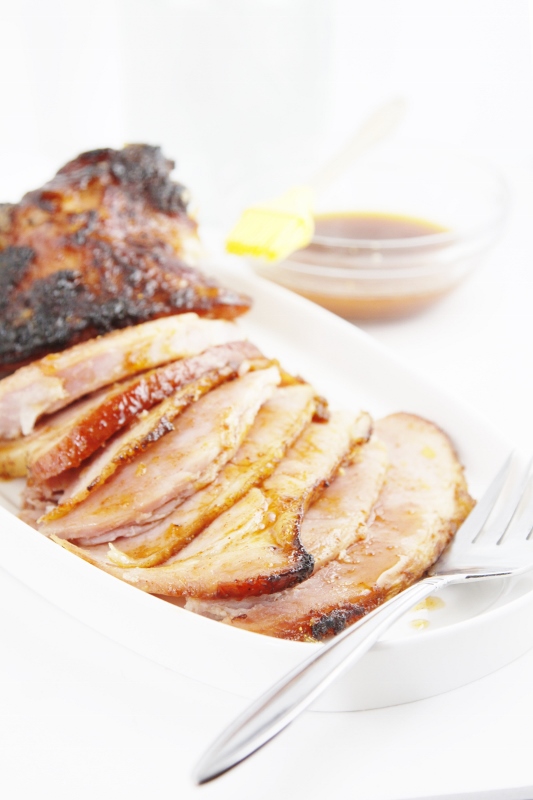 I love pork products. Probably more than the average person (well not as much as Chef Michael Symon who has multiple pigs tattoos – but close).  So naturally when I had an opportunity to partner with the National Pork Board it was a big giant no brainer. I am official now.

Yes officially a Sister Cites of Ham Ambassador (Raleigh – DurHAM) and I have a badge to prove it. A celebration was in order which had to include what else? Ham! This spiced roasted ham with glaze. It’s a showstopper and it couldn’t be easier to make. Promise. 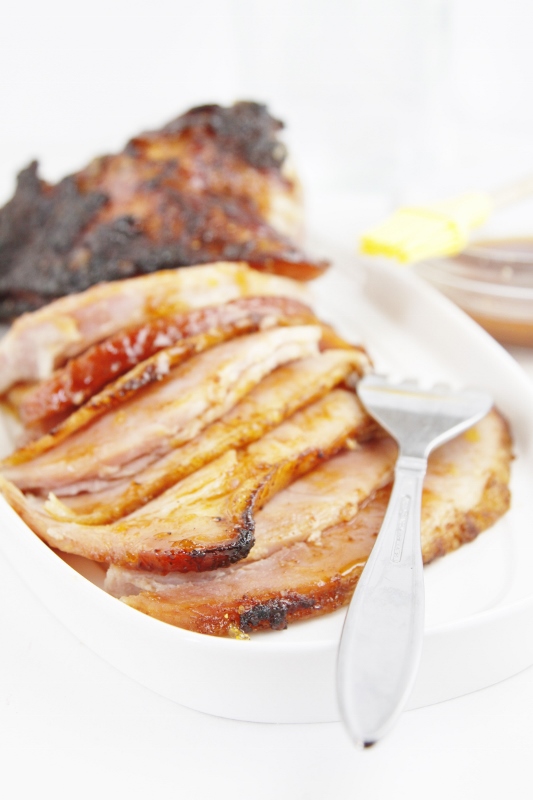 The nice folks at the National Pork Board supplied me with a complimentary coupon to pick up a ham. I chose a spiral cut beauty that came in around 7 pounds. You don’t have to use a spiral cut, for me it’s just one less thing to tackle when it comes out of the oven. I’m impatient and let’s be honest, it’s pretty irresistible straight out of the oven. The smells from the spices, the shimmer from the glaze. I can hardly contain myself just thinking about it now. 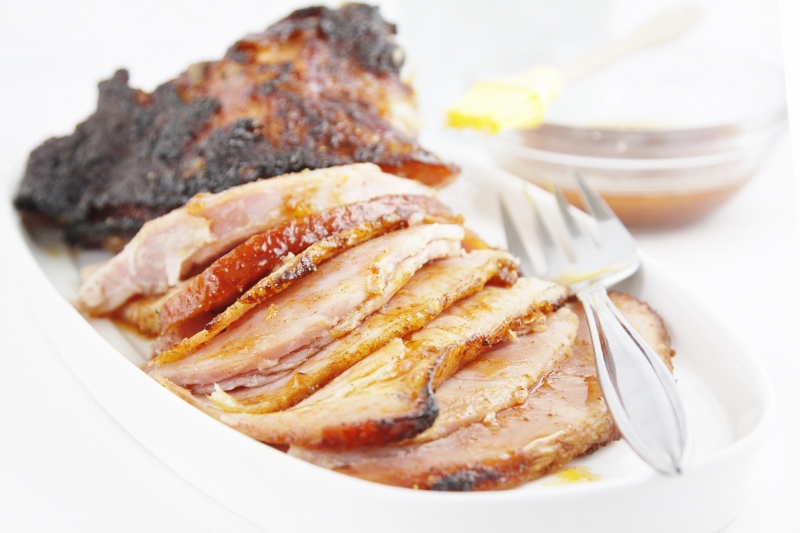 Because I think everyone should try this spiced roasted ham with citrus glaze recipe (it’s that good and makes a wicked good sandwich the next day with leftovers, you’re welcome) the nice folks at The National Pork Board are giving away a $30 coupon (which by the way will buy a honking big ham enough for say Easter dinner coming up) to one lucky reader!

EDITED TO ADD: Contest has ended. Thank you for your entries. Winner has been notified via email.

Disclaimer: This post and sweepstakes is sponsored by National Pork Board. I was compensated for my time. Opinions are my own. Always have been. Always will be.

Recipe slightly adapted and printed with permission from National Pork Board