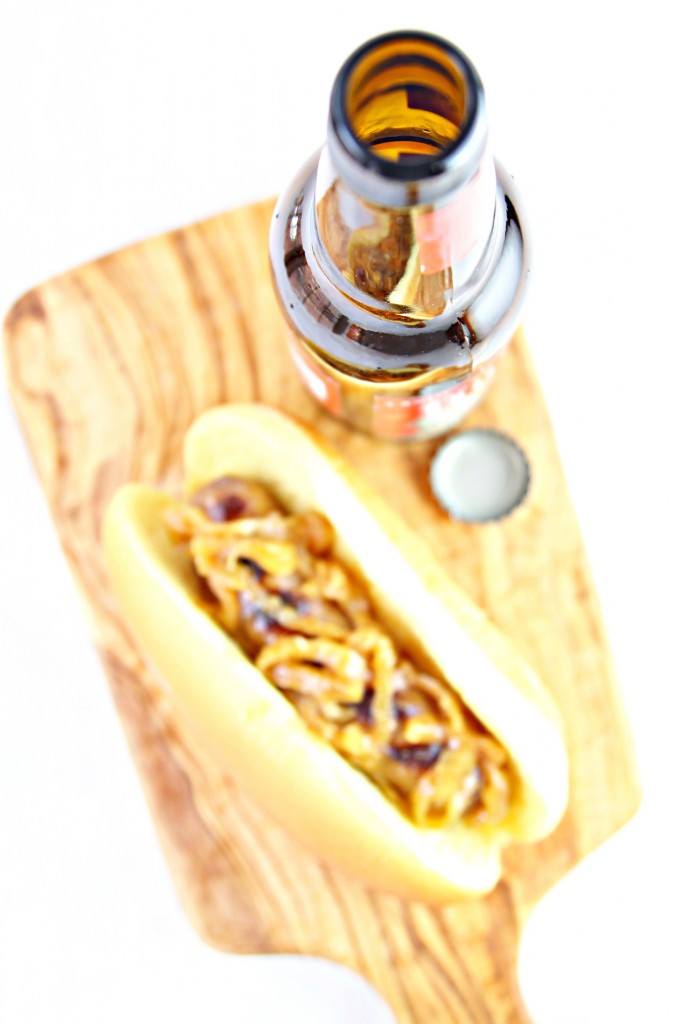 If you know me you know I don’t drink beer. At all. I gave it the good old college try, in well you guessed it, college. Beer was cheap and my measly student budget was practically non existent so beer was the obvious choice but alas I could never choke it down so I made friends with Jim and Jack instead and just saw them on a less frequent basis.

My dislike of drinking beer hasn’t changed after all these years. I don’t however have a problem cooking with beer. Kind of like how I’m not a fan of cucumbers but like pickles. I know. I know, ’tis weird but it works for me. What also works for me are these slow cooker beer brats. 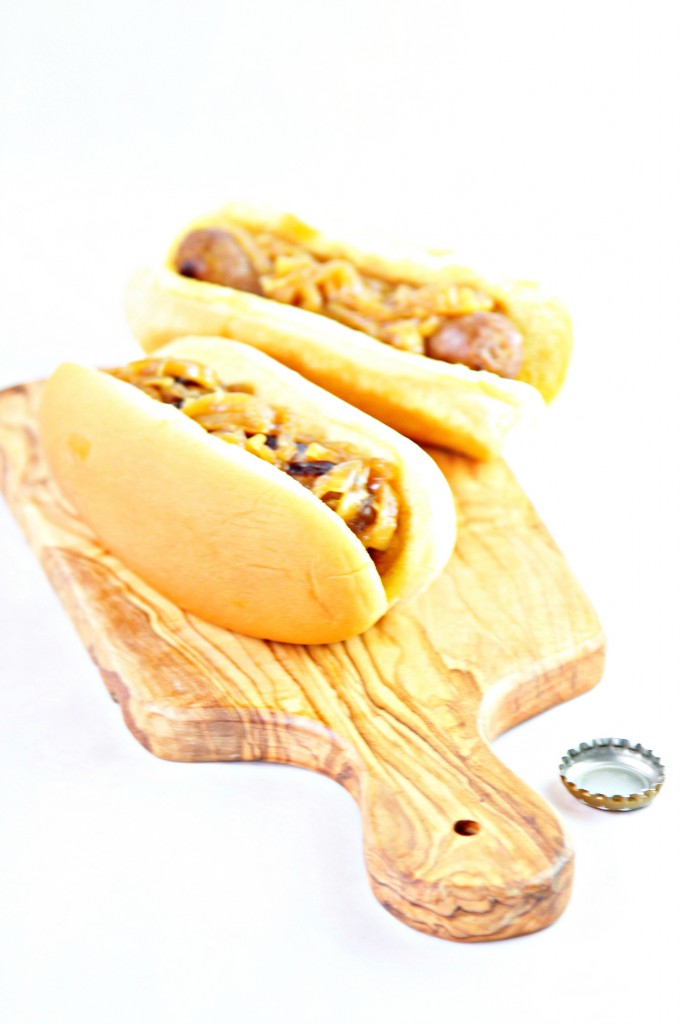 While you might be used to grilling brats, don’t discount this slow cooker method. It’s quick, convenient and works great for parties. Maybe you’re having a party or get together to celebrate that big tournament going on at the moment. You know the one in MARCH that people are MAD about. That one.

Basketball, that is something I do know a little about. I played in high school. I had a mean jump shot, which happens to still come in handy when I’m thrown a challenge. Nothing but net baby. 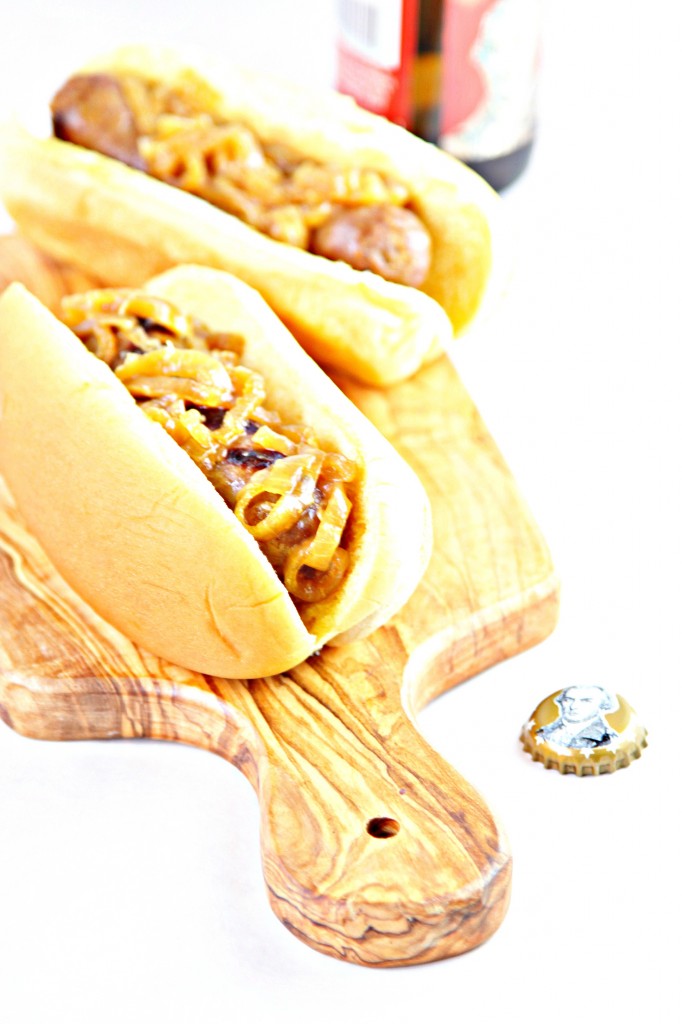 This slow cooker method takes about 2 hours but once it’s in the cooker you can set it and forget it. We start off with BEER. Because I know nothing about beer (back to that whole I don’t drink it thing)  I picked a North Carolina brew because well I live in North Carolina, I liked the bottle and well because it seems that basketball teams from North Carolina seem to be pretty good at the whole dribble and shooting thing. It made perfect sense in my head. You can however use what beer floats your boat.

Because I like the grilled look and taste of Johnsonville Brats, I started them off on the grill pan getting them nice and toasty. Everything else goes into the slow cooker and then the branded brats join in the fun. 2 hours later you’ve got yourself a party. Just turn your cooker to warm and enjoy them when you’re ready.

Top your Johnsonville Brats with the onions from the slow cooker, maybe a little sauerkraut or even grilled peppers. It’s your party, top ’em how you like ’em.

Now all that’s left is decide who you’re inviting and who you’re routing for!

Disclaimer: This post is sponsored by Johnsonville, I was compensated for my time. Opinions are my own. Always have been. Always will be. Recipe adapted from Johnsonville.