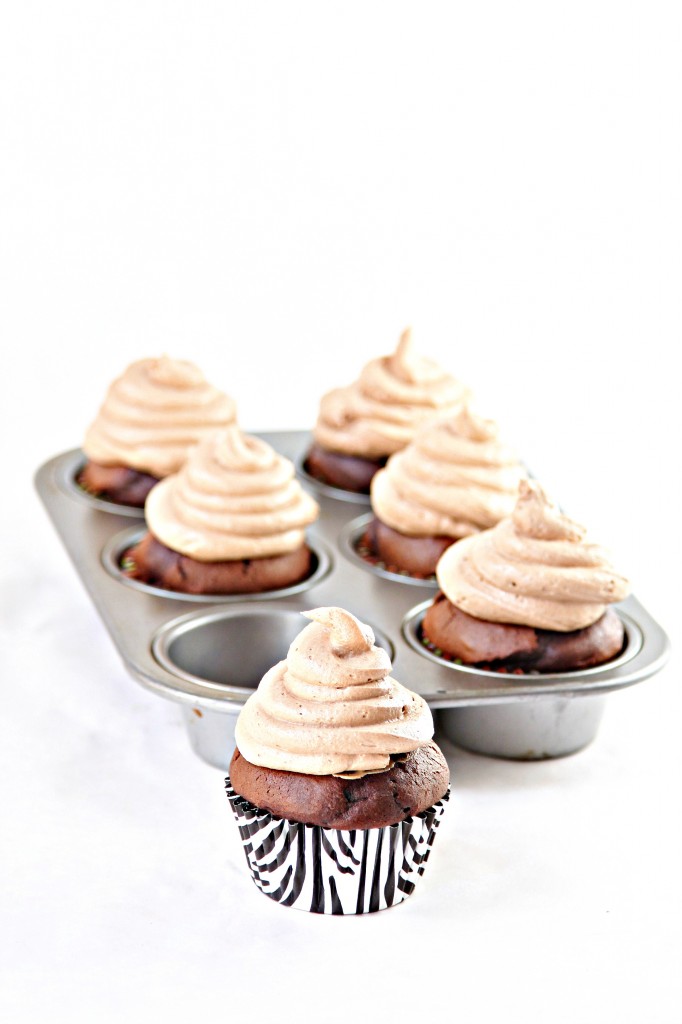 It’s been a little quiet in my corner of the world wide web lately. The past two weeks have been crazy around here. What with the end of the school year and the oh 100 activities that are jammed into those two weeks (why for the love of Nutella do they do that to us poor frazzled parents?), and OH can’t forget about this –> my newly acquired Motorcycle Learner’s Permit (braap braap) needles to say I’ve been away from the kitchen.

When I wasn’t at a school activity I’ve been burning up the black top in my sparkly helmet. 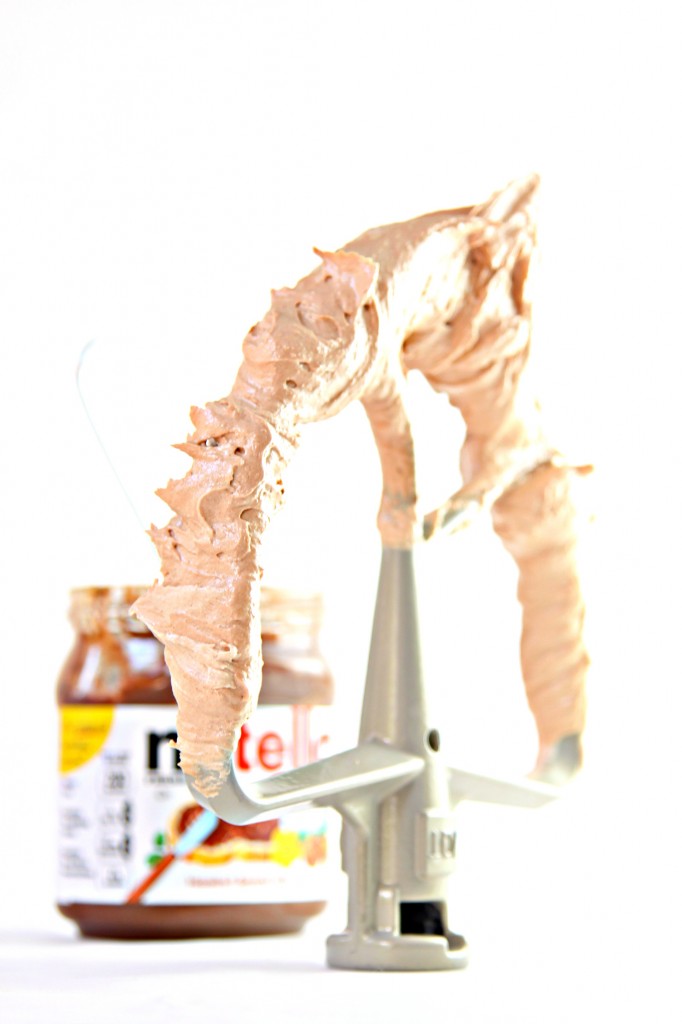 To celebrate the end of the school year (and my new found freedom on two wheels) we decided cupcakes were in order. Chocolate cupcakes because duh chocolate and nothing else will do to top those babies off besides homemade buttercream. Because. Butter. Cream.

Buttercream in and of itself is glorious and then we went and made it even better. We added Nutella. NUTELLA BUTTERCREAM. Did you hear the angels singing? They are. 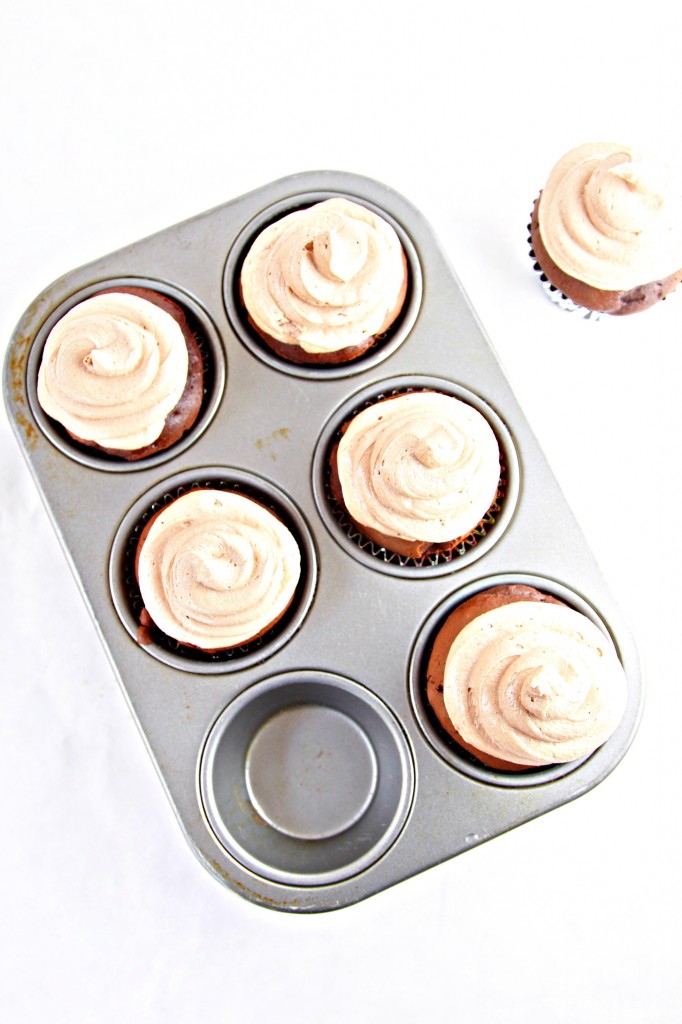 I was always that kid begging my mom to let me lick the mixing bowl and spoon clean and guess what? Nothing has changed, except now I don’t have to beg anyone I can just do it. Well not completely true, if one of the munchkins are in the kitchen I have to give up at least the spoon.

Sharing my Nutella Buttercream covered spoons? True love. Now as much I love to just eat this buttercream straight away I like it best on a chocolate cupcake. Piped on a mile high. 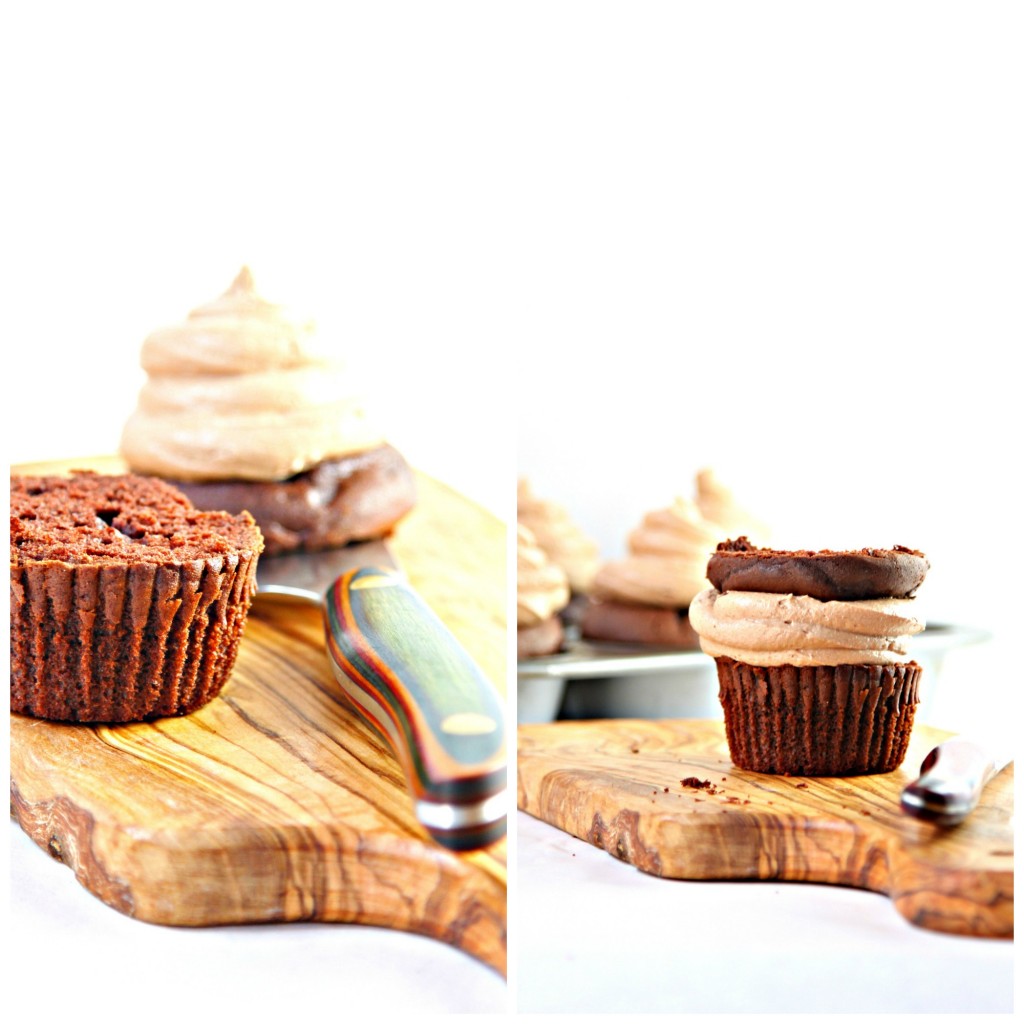 Now I have a very specific way of eating my cupcakes (because being normal is boring – I keep saying I need a t-shirt with that on it) I cut the middle of the cupcake portion and then make a cupcake sandwich out of it (pictured above).

This way I don’t get a HUGE portion of buttercream at one time. I get cake and buttercream in every bite. Give it a try next time you’re cupcaking. I’m pretty sure you’ll be converted.

What You Will Need: