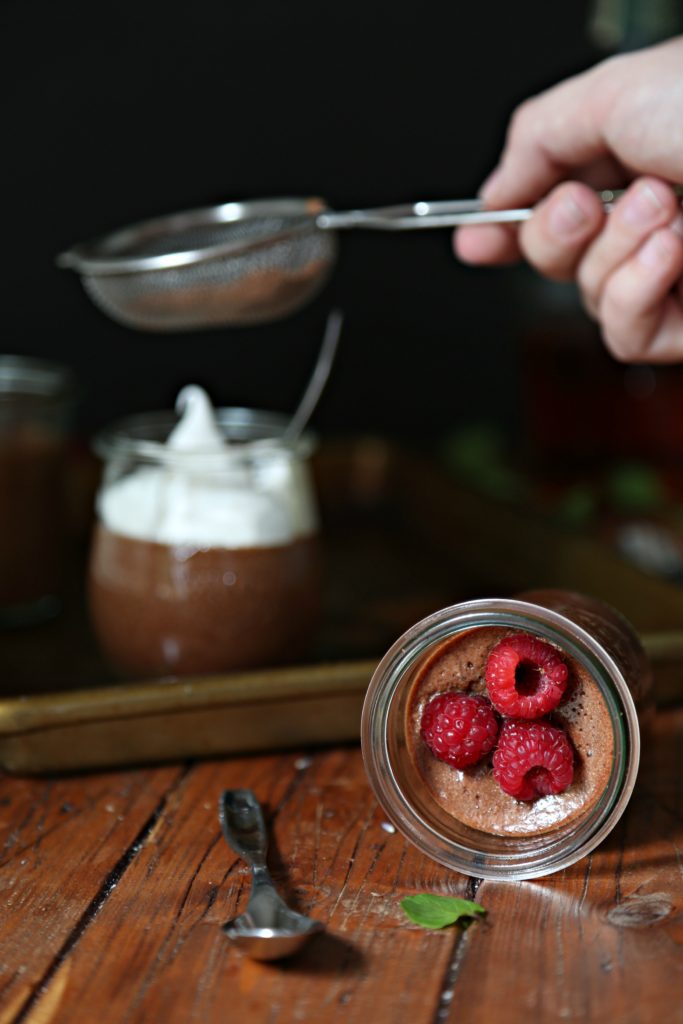 I’m all about dessert. I’d be okay eating dessert first and on occasion as my only course. I realize that’s not a great idea but sometimes you just wanna eat the damn dessert. Here’s the thing though, I don’t like to spend a ton of time making said desserts.

Something that I can throw together in the morning or early afternoon and let it set up until I’m ready to eat it later in the day is a winner winner mousse jar get in my mouth winner. Clearly I shouldn’t write any songs, but I can make a mean sauced up chocolate mousse. 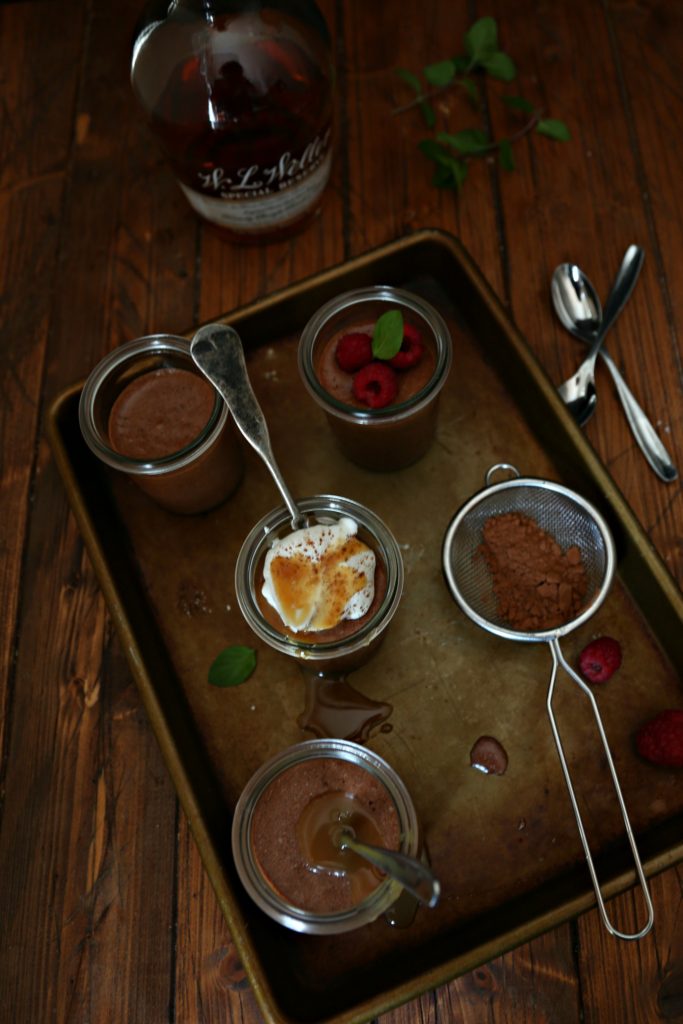 Chocolate and Bourbon are two of my favorite things so it’s no surprise I’m all about this sweet treat. This dessert is light and fluffy but deeply decadent. You can make it the night before or the morning of to give it time to set up. It makes 4 small jars so if you’re looking to feed a crowd or eat your feelings you might want to consider doubling the recipe. 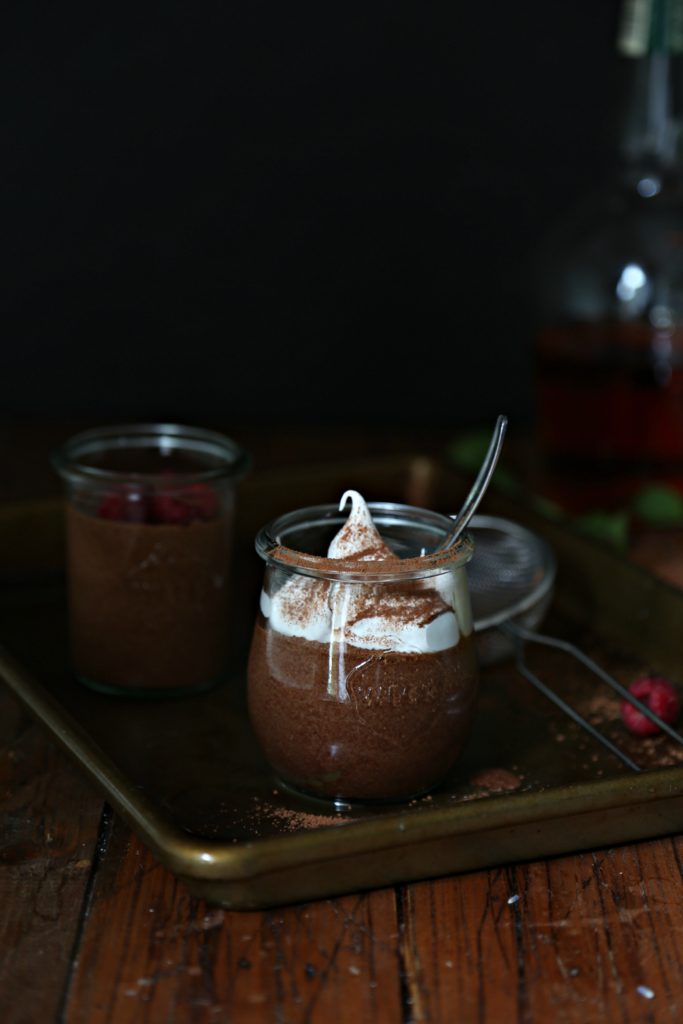 Once you’ve warmed the cream and sweetened it with sugah you’ll add the chocolate. Basically we’re making a ganache, which is a fancy way of saying luscious chocolate sauce. Once we’ve got the sauce we’re going to show it a good time by adding the Kentucky brown water that I love so much. That’s bourbon and a splash of pure vanilla extract for good measure. 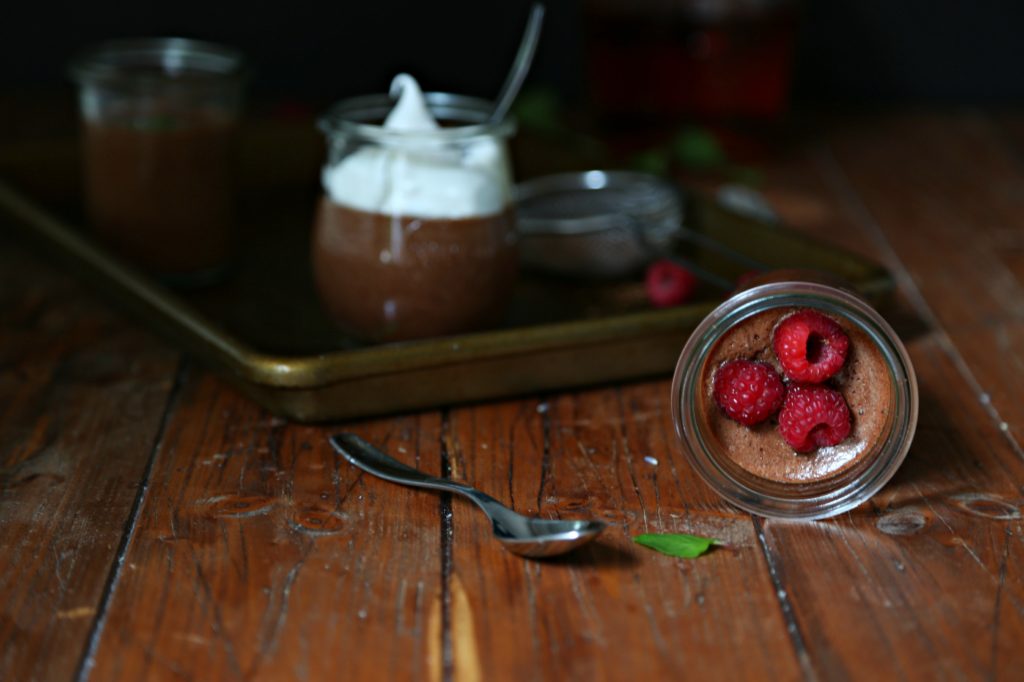 The mousse portion comes from the egg whites that we’re going to beat until stiff and then oh so carefully and lovingly fold into the boozy chocolate sauce. You want the mousse to be light and fluffy not heavy and sad so fold lightly friends.

Once you’ve mastered the mousse, you’ll divide it into your jars and let it set up for a smidge.

While you’re waiting on your mousse you can decide what you’re going to top it with. Maybe some whipped cream, fresh raspberries (or the berry of your choice), cocoa powder or maybe even a little WHISKEY CARAMEL SAUCE .