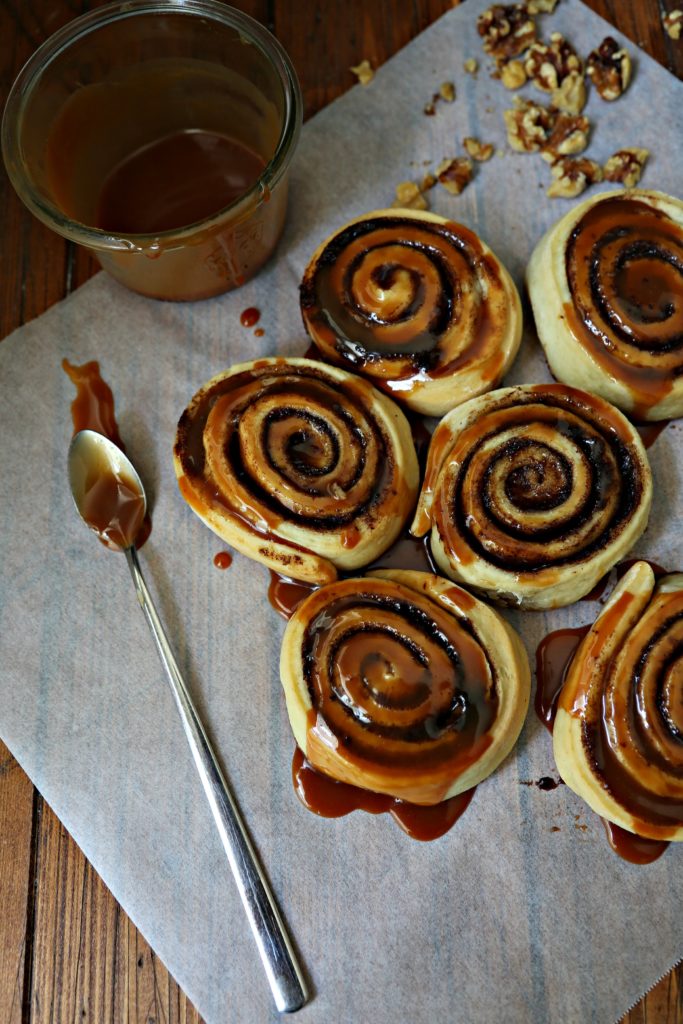 I’m not sure I ever want to eat a regular cinnamon roll again. One bite into these incredibly delicious and oh so messy but worth it cinnamon rolls I knew. Okay, who am I kidding, I wouldn’t turn a regular cinnamon roll down BUT if I had a choice I’d definitely go for cinnamon rolls dripping in this whiskey caramel sauce. Every. Single. Time. Even with the added inconvenience of having to use a fork because hello sticky, still worth it. You could use your hands, if you happen to have a tub of wet wipes at the ready. Whatever works. 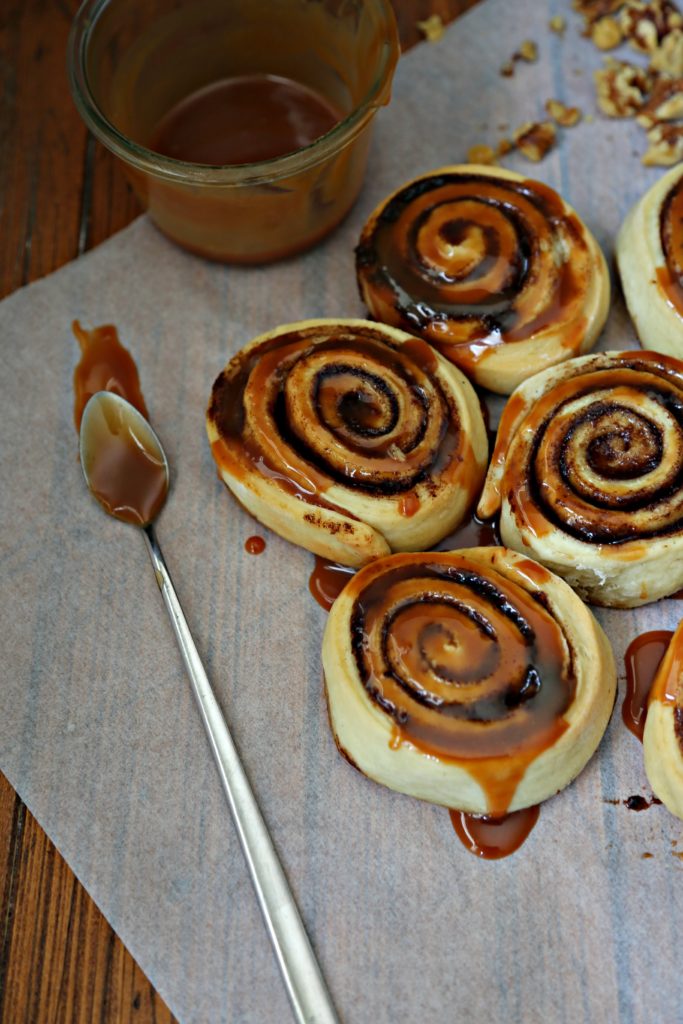 Y’all also know I’ll put my famous (in my head) Whiskey Caramel Sauce on just about anything. Putting the sauce on homemade cinnamon rolls was a great idea. A sticky idea, but that’s what a fork is for.

This isn’t going to be as quick as cracking open a can of cinnamon rolls and popping them into the oven. Nope. If you’re not feeling like the most patient person in the world (trust me I can relate) you can make these the night before and then just bake them the following day. 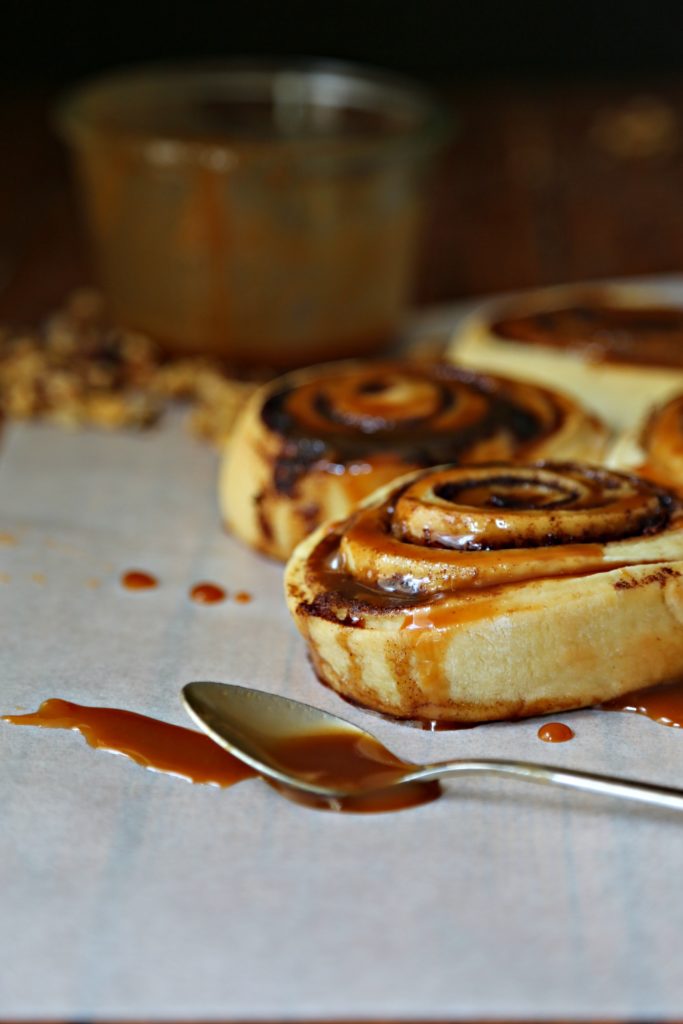 That said, there is nothing like homemade cinnamon rolls. They’re worth the extra effort. It’s not something I make all the time, sadly I’m not blessed with a metabolism that agrees with my sweet teeth. I reserve homemade cinnamon rolls for special occasions, or when you really need to eat your feelings. You know what I’m talking about.

These make 12 large cinnamon rolls. I know you think you’ll be able to eat a whole cake pan yourself. I thought so too, but I failed, I gave it my all and my all maxed out at two of these babies at a sitting. Not to say, I didn’t go back and re-heat them later. ‘Cause I did. 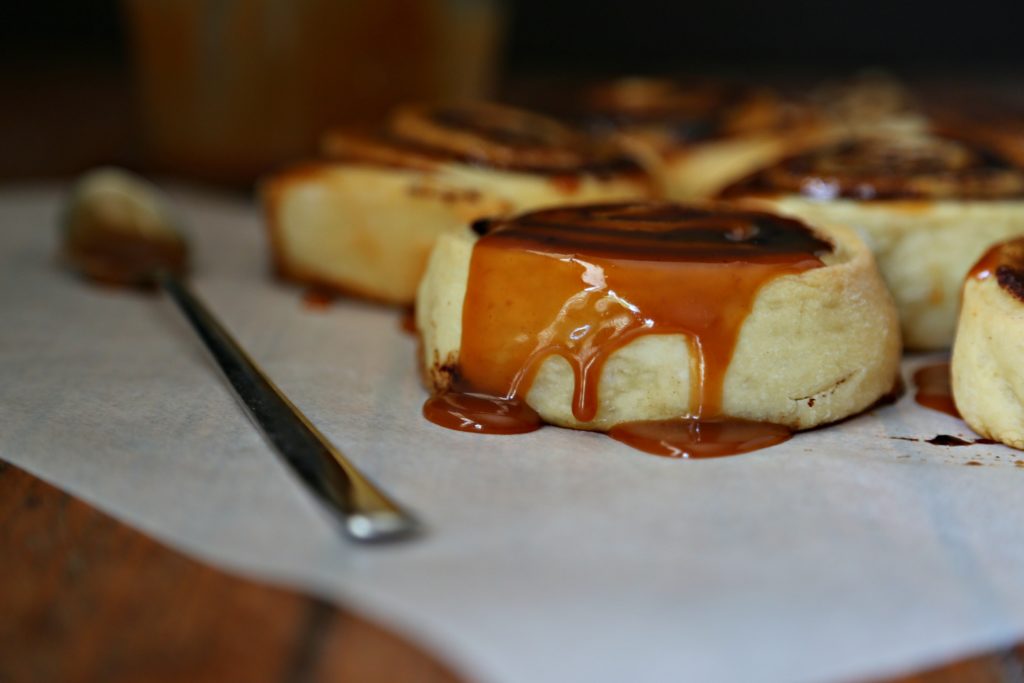 You can make the caramel sauce in advance as well. If you’re not feeling saucy you could omit the whiskey. It’s always a good idea to make a double batch. You’ll be surprised what you’ll drizzle that over.

Now when should I be over for breakfast/brunch so we can eat these together?